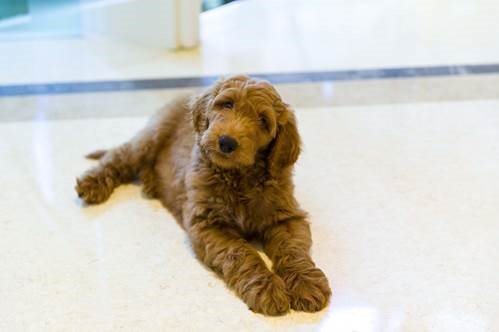 Trump Doesn’t Have a Pet

The President Elect will be sworn in and he won’t have a dog by his side. President Obama didn’t either but he mentioned in his inaugural speech a promise to his daughter’s that they would get one. It took him two months but Obama delivered; first they got Bo, their male Portuguese Water dog, then upon reelect 4 years later, Sonny a female.

Bo was an excellent First Dog for the First Family. He enjoyed growing up in front of America. His sidekick sister Sonny, ruffled a few feathers and even knocked over a toddler. Yes she also broke skin when she bit one of Malia’s friend’s faces very recently when the 18 yr old went in for a hug and a kiss. Sonny’s behavior is a discussion for another day, today I want to discuss who we think Trump will share the White House with? A First Dog, a First Cat or a First What?

We’re not even sure Trump will get an animal, news reports have mentioned from around Thanksgiving time that Patton the Goldendoodle might become a friend of Trump’s son Barron. Supposedly named after George Patton, a World War II general that it has been said Trump admires. If he doesn’t, it will break a 150 year streak the White House has enjoyed by always having the pitter patter of someone’s paws, or even hooves in the house. Patton, a 9-week-old Goldendoodle who may or may not become the nation’s first dog. (Courtesy of Lois Pope)

What Does it Matter if the President Has a Pet?

Every president except James K. Polk and Andrew Johnson have had pets for at least part of their term in office. According to a Washington Post article By Lauren A. Wright on November 25, 2016, “Aside from the possible physical and psychological benefits they’ve bestowed on first families, presidential pets have for decades served to soften the president’s image and garnered positive White House news coverage.”

Trump could certainly use that to his advantage while he is blowing up Twitter, pets are still dominating the digital world with more popularity in posts than politics. He could certainly gain a few more friendly followers if he had a furry friend by his side.

What animal do your think Trump should share the White House with – or not? Does breaking the 150 year tradition really affect anything? He already will be the only president in our history that does not have any political or military experience. Mr. Trump is also the oldest and richest president to ever be sworn into office according to the Washington Post. Maybe he’ll continue to break the norm, all we can do is wait and see.

Drop us a line on our social medias and let us know with what kind of pet you think our new President Trump should share his new pad.