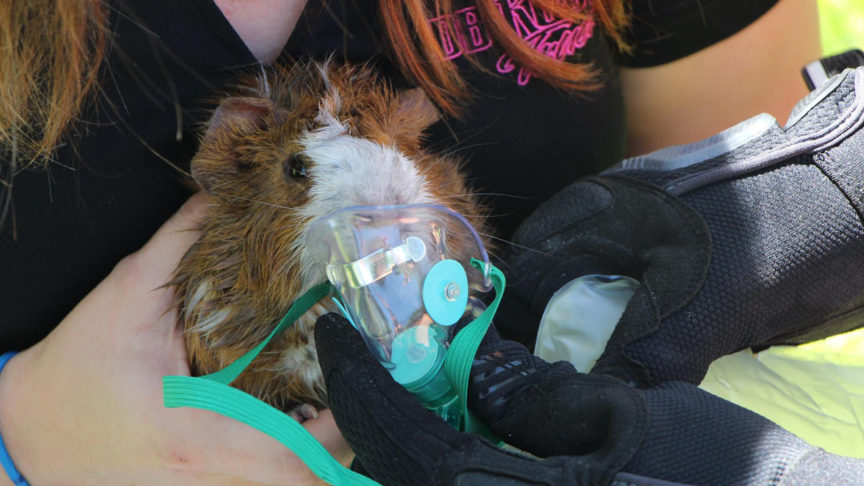 I have three guinea pigs, and can not imagine what they’d go through if there were to be a house fire. The little guys trapped in a cage without a way to escape, they’d have to be rescued by human intervention.

That’s just what happened after a house fire in Florida.

Kristi Waller and her two daughters, Jyllian and Pepper, were enjoying time at home, while Kristi’s boyfriend was in the kitchen preparing French fries. When the pan slipped from his hands, hot grease splattered all over, causing a fire that quickly spread. All four made it out of the house, but Rodney the guinea pig was still trapped inside the burning house.

While they don’t have anything else, they’re getting help, and Rodney has a new friend by the name of Elvis! Elvis is a girl, though, so there will be baby Guinea Pigs on the way. (Probably more than they bargained for.)