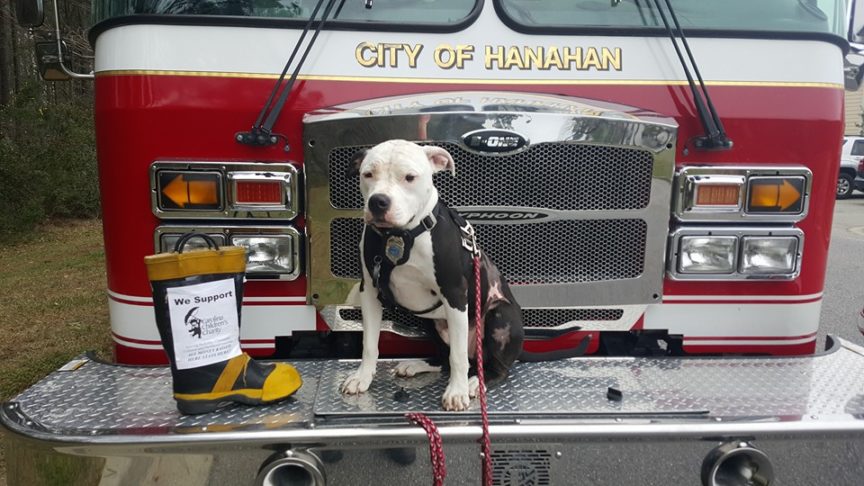 William Lindler, a firefighter from South Carolina, was out washing his car when he smelled smoke. A shed on his neighbor’s property was on fire with a puppy named Jake trapped inside. William pulled Jake from the burning shed, and found the four pound puppy wasn’t breahing or moving. He immediately began mouth to snout resuscitation, reviving the puppy.

Jake’s original family could not afford the vet bills, and left him at the vet. William then adopted Jake, and takes him to work, where he’s become the official mascot of the firehouse. He also brings him along to elementary schools for classes about fire prevention. Eventually, he hopes to have Jake trained as an arson detection dog.