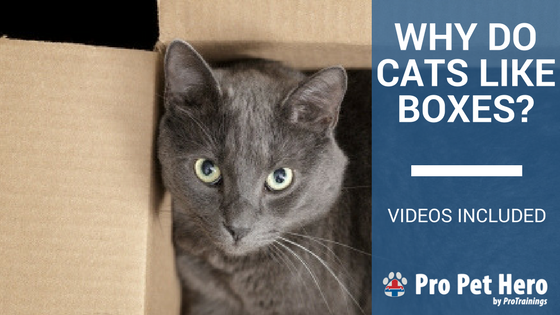 Most sources I found say that cats like boxes because they enable their predation behavior – meaning they can stash (or stuff) themselves into a box which provides a means for them to hide. From their cardboard cave they can stalk prey, which typically ends up being my feet. Their new corrugated cavern also allows for retreat if their mission fails and they seek safety.

That sounds reasonable and certainly plausible. I’ll stick with they just like them. Certainly it’s feeding on some prey-drive innate behavior but I honestly believe my cat enjoys scaring the crap out of us when we unsuspecting walk by.

Rather than spending the rest of the post trying to figure out these cryptic cats, I thought it would be cool to share some clever cardboard box bombing cat videos.

Did you get a box out for your cat yet?