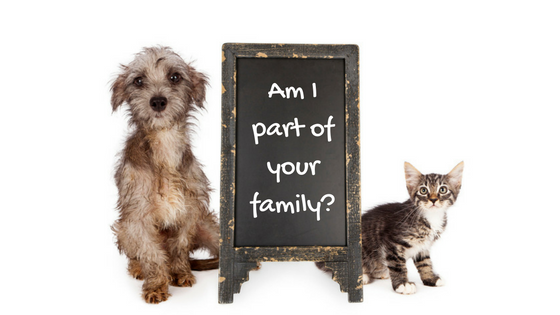 Science Does Not Prove Pets Make Us Live Longer

I’ve been thinking a lot lately about why exactly I share my life with pets and why do other people? I recently wrote a blog about my cat and how she gets into so much trouble. My dogs cost me a small fortune, they’re not able to carry on the family genes so why in the world do I devote so much time and energy into them? Why do nearly 70% of Americans share their lives with pets? The US is actually only ranked 5th in line of rates of pet ownership; Argentina has us beat by another 12%!

I tried to support this post with scientific studies that show pets make us live longer, and while there certainly are some that say petting an animal reduces our heart rate and makes us feel better emotionally; the scientific studies don’t prove that having pets makes us live any longer – I didn’t want to hear that news either.

When Did We Start Sharing Our Lives with Pets?

So first I dug down to see when this whole sharing-our-lives-with-animals -trend began. No other animal on the planet keeps pets like we do – although some could argue our pets keep us. The evidence suggests that having dogs as companions in our lives goes back to c. 10,000 BC. A puppy was found buried cradled in a human’s hands from this time period in what is now Israel. Cats came a couple hundred years later.

History progressed and both animals and humans noticed obvious benefits to each other’s existence. Dogs could offer protection to crops, herds and humans while cats inevitably provided an excellent source of rodent control. In return the animals received easier access to food. Evolution occurred where the animals working around the humans would breed and would then produce other animals used to being around humans. We took our own hand in the game and created breeds. Now we can pick, choose or be chosen by most any concoction of cat or dog.

So while human-nature and that of any animal is built around continuing on our genetic code to offspring, this fact explains why we have babies but not why we have pets. The majority of us no longer own a dog to keep our flock safe and as I reported in a previous post about my cat, she did an abysmal job at rodent control.

So Why Do We Have Pets?

I still have a lot more research I could do but my shallow dive didn’t divulge anything that made a light bulb go off. In fact many articles had a few different theories but didn’t concretely say, “we share our lives with pets because of X”. Some said it is a cultural fad while others suggest its built-in from the hunter-gatherer days.

I have my own theory; we share our lives with pets because they provide an emotional break from humans. All day we work for and around people. I know there are solitary jobs but most of us spend time working with or for people. We have computer screens in front of our faces and our eyes are glued to our phones. When my dogs come and interrupt me when I’m working or my cat chases the cursor on my screen I feel myself relax, I smile and giggle. They just want my attention, mostly because they always want food but they just want me to be with them – and feed them, don’t forget the food!

Pets make me happy and for me, pets have literally shaped my life. Every ounce of income I have earned in the past 13 years has come with fur attached. I have walked dogs, groomed dogs, slept in beds with dogs, brushed cats, scooped their poo, sold pet products and marketed pet products. I literally sustain my life off of pets.

I am not alone in my love; pet ownership has constantly increased becoming generally recognized in Europe in the 17th century among the upper aristocratic classes. Then it became common among the middle class in the 18th century. It spread to the Americas and now modern day society sees keeping pets as a way to express ourselves. We either have them as helpers, companions or status symbols. They are a popular trend with a personal meaning. I could generalize plenty more about why people have pets but that’s not a great story. The best story is why do you share your life with a pet? At the end of the day that is all that matters.

Yes we have an entire multi-billion dollar industry developed around our furry friends but I think that’s great. In an article published by Pet Business titled, “The Pet Parenting Boom” the author Colin Stewart, cited that, “over the last year alone, shoppers spent nearly $30 billion on pet food and products. That’s more than shoppers spent on cheese, milk or beer, and double what they spent on cereal and coffee. After all, 94 percent of pet owners see their pets as part of the family, and four out of five say they treat their pets like their children.”

Pets Are Part of Our Family

We no longer have to work to just feed us, we now work to feed our friends. No, they wont continue our genes and please don’t show me a study that shows otherwise; dogs and cats are warming our homes and our hearts. Nothing is better than coming home to our pets. Even just for that moment t they take you away from the hustle and bustle of work, the daily grind and stress of being human. It’s a common topic among my friends, to wish if there were an afterlife that we could come back as our pets. Man do they have it good.

Since 94% of pet owners say they’re pets are part of their family, it makes sense that you should know what to do when something goes wrong. If your child chokes, you would try to save them and the same should go for your pet; whom 80% of you admit to treating like children.

Here is a great infographic from the Pet Business post