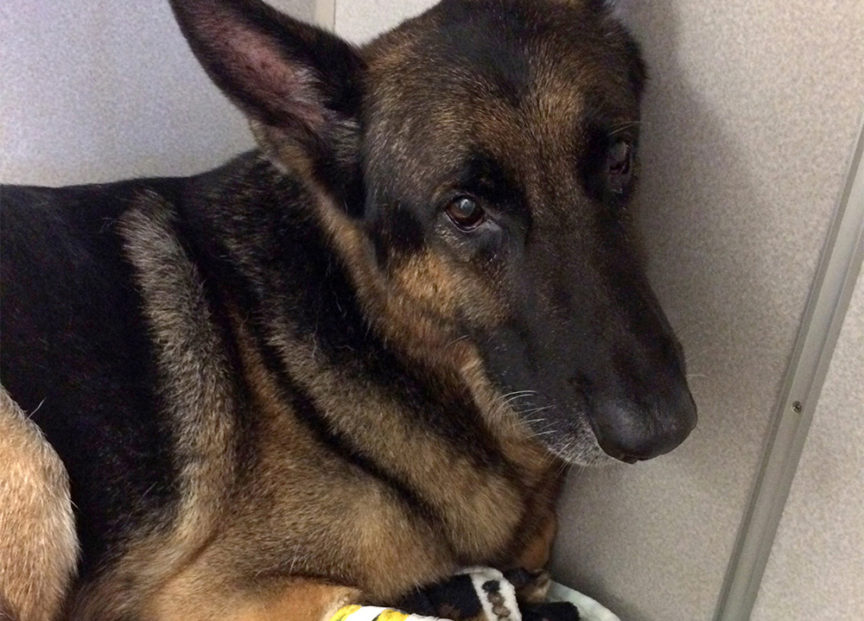 When you need another reason to get a German Shepherd puppy, remember this story.

One of my favorite Disney movies is Bolt. It’s about a White German Shepherd dog that is convinced that he has super powers for a TV series, goes on a mission to save his owner, Penny, after they finish filming a cliffhanger episode and Penny is not allowed to interact with Bolt until they film the follow-up episode. Bolt goes on an adventure across the country and finally helps lead firefighters to Penny when he finds her trapped in a burning building where they were filming another episode of the show.

While Bolt is a work of fiction, there is some truth to the story. There are dogs that will get involved and help their family members in times of need. I think we’ve all heard stories about brave dogs running off to get help for their owners when they know something is wrong. In this case, it was a brave German Shepherd named Maxx that came to the rescue, along with neighbors who witnessed the event.

It was late, and Florida Sheriff’s Department Investigator Margo Feaser, her husband Brent, and their 4-year-old son and 2-year-old daughter were home when an explosion set their home ablaze.

Neighbor Chip Dover, his son Andrew and Joe Jordan were out using a telescope to look at Jupiter when they heard the explosion come from the Feaser’s home. They quickly called 911 and ran over to the house where they broke the front windows using furniture from the front porch, so they could pull Investigator Feaser to safety.

When firefighters arrived, they broke down the front door and were able to save her husband. Investigator Feaser immediately wanted to run back inside for the children, but officers held her back while firefighters went into the house to save them instead.

It was difficult because of the heavy smoke that had filled the home. But the family’s dog, Maxx, led the firefighters through the smoke to each of the two children.

Investigator Feaser is a 12-year veteran of the Seminole County Sheriff’s Office who also served with the U.S. Army for three years and was deployed overseas during Operation Enduring Freedom. Each member of the family is in stable condition, though all are being treated for injuries. Maxx is being treated for smoke inhalation as well.

The fire was accidental and originated from the back porch of the home.

A fund has been designated to provide assistance to the Feaser family to help defray medical, veterinary, and other expenses. Contributions may be made via check to the “Seminole County Sheriff’s Office Employee Benevolent Fund” and sent to 100 Bush Boulevard, Sanford, FL 32773, attention: “Feaser Family Fund.” The SCSO has also started a Go Fund Me campaign for the family online. (via TODAY)