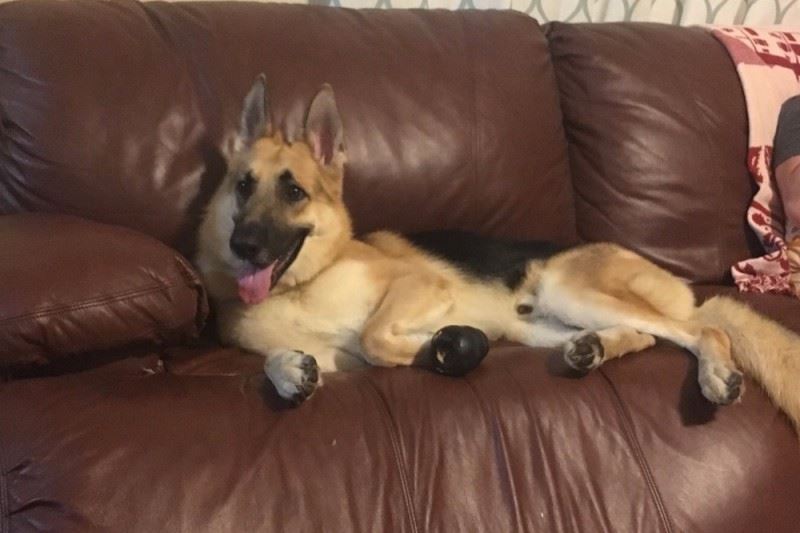 Seven year old Molly was playing outside in her family’s fenced in back yard with their German shepherd dog named Haus. An Eastern Diamondback Rattlesnake approached. These snakes have the reputation of being the most dangerous venomous snake in North America, with a mortality rate of 10-30% depending on the study.

The dog, seeing the snake, instantly positioned himself between it and Molly. He was staring at the snake when the snake attacked, biting him three times in his right front leg.

Haus is now fighting against the rattlesnake venom at an emergency veterinary hospital in Tampa, Florida. He was infected with so much venom that doctors have him on a constant drip of anti-venom. The common practice is for one or two doses of anti-venom, so this is rather unorthodox.

Haus’ doctors are surprised at how well he is recovering, and he is now expected to make a full recovery.

The family’s GoFundMe campaign has far surpassed its’ goal of $28,000 for Haus’ medical bills, sitting at around $52,000 now. They’re planning on donating the rest of the money to Heidi’s Legacy Rescue, which is the shelter where Haus was found, and encourage people to donate to the same or other animal shelters.