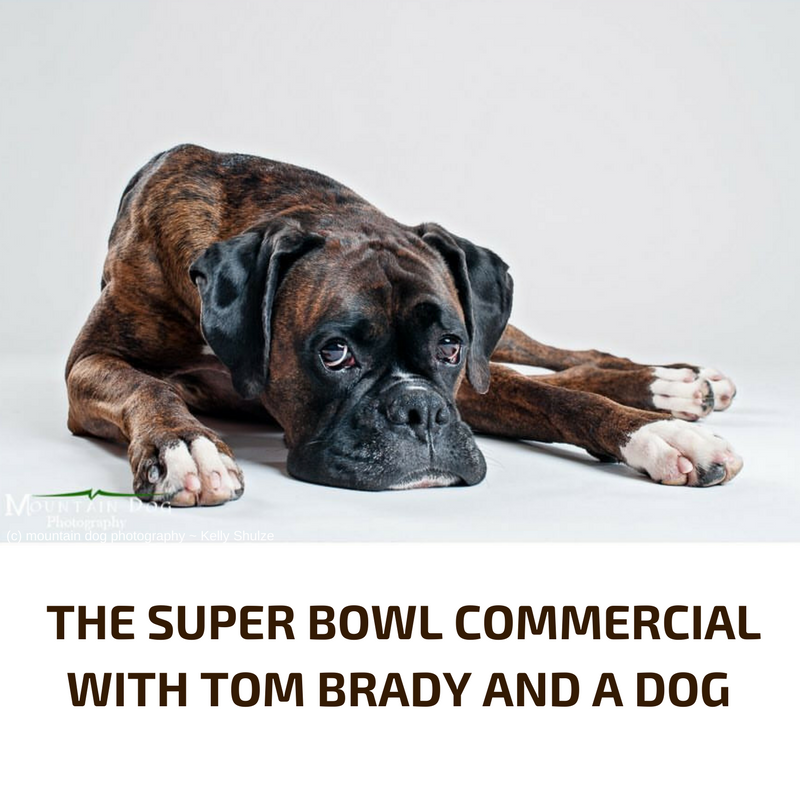 In marketing, it used to be that sex sells but I am very happy to see a shift. I am not the only one that can’t make it through an evening of TV watching and not see some animal used in advertising. Heck there is now a huge inspiring movie out called a Dog’s Purpose, which illustrates the meaning that dogs can play in our lives, and it sells the idea of just how important we are to them.

Now, since I have mentioned this movie I will also take a second to mention that I am well aware of the controversy surrounding the filming. A 2015 behind-the-scenes take was leaked showing a stressed out German Shepard being forced into some turbulent water. We see the dog’s toes being dipped in and we hear some awful off-camera commentary. Then it skips to the dog already in the water, we are not aware if on her own accord, then we see the dog submerge and at least 2 people in the water rush to help it. The popular entertainment news outlet TMZ, leaked this exclusive clip and a viral firestorm of backlash erupted, up to and including a call to boycott the movie.

I’ll admit, I did find it a little unnerving to watch, but then I kept watching and noticed that the trainer trying to get the dog used to the water was patient, helped the dog get out of the water and really did care for the animal. The commentary and editing to the next scene did not tell the full picture. I still do not know everything and must rely on what the media provides, which these days can be TOUGH!

Animals on Film Are Treated like the Celebrities They Are

What I can do is speak from personal experience and from what I know of American filming standards using animals. I have a friend, with whom I was unbelievably fortunate enough to assist on this year’s most recent Super Bowl Commercial. She herself has been working with an agency on commercial gigs for over a year now and she works with her personal dogs. The message I want to convey before I get into how cool the experience was, is that the animal’s safety was PARAMOUNT! Under no circumstances are her dogs or any animals with whom her agency works allowed to be in harms way. I cannot stress this enough – there are animal welfare representatives on set and dedicated veterinarians. This post in not to argue about the safety of animals, and I can assure you that on this particular day of filming, Jack was treated like gold. In fact if it weren’t for a bigger star in the room, he would have been the center of attention.

So let me just say I sat on the knowledge of this filming for 5 months. I couldn’t tell anyone what I had seen, who was in it, what it was filmed for – nothing. To be honest I didn’t have many details myself but I certainly knew Jack was co-staring with the one and only Tom Brady, quarterback for the New England Patriots. The same gentleman about to enter his 7th Super Bowl in his lifetime; winning 4 of the past 6 times at this celebrated beer-drinking-football-fanatic American holiday. The companies putting on the commercial took a chance – at the time of filming we had no idea that Tom and his team were off to the big game, even by the time it was released we still didn’t know, but we do now and I am so proud to say, I know that dog!

Nina and her boy Jack Daniel

Jack Daniel is a 5 yr old brindle Boxer. He comes from an amazing breeder and landed himself in an astonishing home with a dedicated owner. Nina, Jacks human mom is one of the most positive fun-spirited people with whom I have had the pleasure to spend time. She douses you in positivity and makes you in awe of her relationship with Jack. They’re like high school buddies that relax together but when its game time, they just WORK –  and they work hard.

Nina is also very modest and she asked if I could help her since it was a big shoot, long day and not in NY where they normally filmed. I live only about 45 minutes from where it was filmed so we were close to where Nina and Jack needed to be. She mentioned casually who we would be filming with and to say I was excited to just be there was an understatement.

While Jack’s well-being was certainly overseen at the commercial shoot, Nina had the tougher job. She had to stand just off camera and spend her time bent or squatting near the bed, communicating with Jack that he was doing a great job and needed to “settle”. That is his command for lay-down, set your head down and relax. Basically, Jack had to lay in that spot on the bed and be rewarded constantly, he had a good gig but still tough for an active dog. Poor Tom Brady had to wake up and yawn over and over and over again! I was exhausted watching him, but like a true professional athlete and actor, he played his role well. Nina might have had the hardest job. She had to move in and out treating Jack, letting him get up and move around, then re-settle, then move out of the shot, at least 20 + times. I lost track at take 14, I think we ended in the high 20’s and that doesn’t count the practice. It took about 4 hrs just for that short scene. There was a massive camera and cords everywhere that you had to walk around. Lighting and people galore. It was so well organized but also overwhelming for someone not used to a set. My role was to make certain Nina had everything she needed. I had the bait bag and needed to run sausage (Jack’s reward) over to Nina when she ran out. We had to txt each other as we were on opposite sides of the set.

a still from the pancake scene

The pancake scene was even longer and tougher. Pancakes don’t fall according to cinematic fashion and Jack had to stay on his mark, track the pancake, look back up at Tom AND Nina had to help him do this.  The set for this was so small I couldn’t even be of much help except to set the cooler where she needed. I felt helpless knowing how hard of a job everyone was doing.

I’m not certain I can even begin to describe the scene. The commercial was filmed in an old airport hanger and it was a mastermind of engineering. The people, the coordination, the technology was mind-blowing. I don’t want to say much more because the final product is so vastly different from what it took to create that I just think you have to enjoy the final product.

Tom Brady Loved Dogs and So Do I!

What I want you to take away from this post is how amazing animals are and how they can be used to market and entertain in the safest ways. Jack is not pushing any product in this commercial, he’s complimenting Tom Brady. Most know that he owns dogs so naturally, why wouldn’t he wake up next to one?

It was clear that Mr. Brady loves dogs. He was impressed with Jack and got a chance to ask Nina a few questions about him in between takes. I admit to having a little celebrity fever so it was very cool to see this gentleman take some time to ask about the dog with which he was working.

While Jack is certainly amazing as is Nina, they didn’t come by it just by luck. Nina has worked so very hard but happily with Jack and her other 4 dogs. Car-Ma, her female 5 yr old Boxer has stared in a commercial as well, and while this Super Bowl commercial is a big deal, it’s not Jack’s first. He was in a Vince Camuto shoot last year, has represented numerous other companies like the New York Lotto and has even been asked to return to a second filming of a doggie soap opera. Jack plays Brock Brockington, the James Dean daredevil-type that sweeps the star damsel off her feet. He has also done commercials for Seresto and plenty more. Here are a couple examples

So the next time you are watching TV or a movie and see an animal actor, know that animal is loved, spoiled, SAFE and amazing in every way. For the 30 seconds they appear, it may, in fact, have taken 4 hours of takes to get it just right. These animals and their dedicated handlers/owners work hard to bring you joy. When a veterinarian cannot be present, I am working to make certain the handlers are certified in pet first aid & CPR.

Jack and I after our 1st place agility run

Speaking of joy, I wanted to take a second to say how special Jack Daniel is to me. While I run agility with my own pup at the same New England venues as Nina & Jack, I have been stumbling with my own dog partner Debbie. I’ve been getting nervous and so we have been messing up, Debbie wants to run the course right but my nerves confuse her. Last weekend Nina had thrown her back out lifting one of her other pups and this was causing problems in her agility runs with Jack. She was moving differently and communicating to Jack in a way he was not used to, he also knew his mom was in pain. Nina asked if I could run Jack, he knew me a little bit and we had nothing to lose, only fun to have. After not queuing with my Debbie dog for several months, Jack and I hit the ring as a new-to-each other team. We happily lumbered through the course, unsure of each other’s path, took a break on the table where Jack stalled because his mother who was filming decided to WAVE to him!!! We bounded on and we not only qualified, we got a first place and a new title!

So Jack is a great friend, he gave me the confidence to run fast, run clean and run fun with my Debbie. He showed me that a good dog wants to listen and will do whatever you tell them – so as their human friends, – we owe it to them to do right. I’m excited for Jack and Nina’s future, I am honored to watch from the sidelines and participate in some of his amazing dog adventures. In just a little over a week Nina, Jack and I are off to Westminster. I get to watch Nina run with Jack in agility there, again being the assistant making certain he has water and she has bait. Next to Nina, I’m one of Jack’s biggest fans.

Enjoy the Super Bowl, for those of you that love dogs and love Super Bowl commercials like me, smile when you see Jack – he’s a big deal with an even bigger heart.

Do you know how to save your dog’s life? Learn online, for under $50 here.