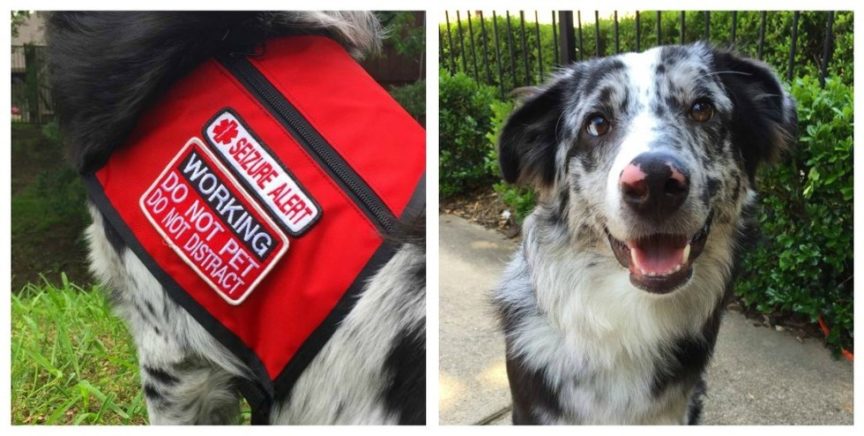 A majority of service dogs come with a warning: do not pet. There is a good reason for that. It’s not because they’ll bite you or anything like that (though that could happen, it’s unlikely).

It’s actually because the dog is working, and on alert, so that he can alert his owner about whatever problem they’ve been trained to recognize. There are service dogs for all sorts of situations. One such type is as a seizure response dog.

Hailey Ashmore has an Australian Shepherd dog named Flynn. He has been trained to open and close doors, alert Hailey’s parents, and also to recognize when Hailey is going to have a seizure. When Flynn was about seven months old, Hailey was visiting her father at work when a stranger stopped to pet Flynn. Flynn was distracted for just enough time to miss the opportunity to warn Hailey about a seizure, and when he did, it was too late. Hailey had asked the stranger to stop as well.

Hailey thought that she had about ten minutes to get to a safe place, take her medication and call somebody for help. Unfortunately, she didn’t have that much time and wound up hitting the floor.

Flynn, being only seven months old, hadn’t yet learned to ignore people that are petting him. Service dogs like him need to be focused all the time.

Here is a brief list of tasks that service dogs can be trained to do:

Different types of service dogs include:

Images and some of the story via The Dodo